Embroidery, specially beaded work had always fascinated it me. My early memories of it are from the gowns and costumes that were paraded on carnivals and Patriot’s Saints feasts. I still have some pictures of some of those dresses, from the time I was part of the Saint Joseph feast. I was dress as a sultan, that year the theme as the Middle-east.
I never formally took classes on beading or embroidery, but it was easy for me to pick it up once I found, or my mother found someone that new now to do it.

My mother found a lady that taught “Telar” beading or “Tambour Beading”. I saw her do it a couple of times, and realized that it was just like crocheting but with a fabric in between.
I was familiar with crocheting, my mother was an expert. [I still have some of her work]. She would crochet a table cloth in a night; she was fast… really fast.

Being familiar with the chain stitch [crochet] I knew it would be easy for me to get the hand of tambour beading, just need it the tambour needle, and practice. 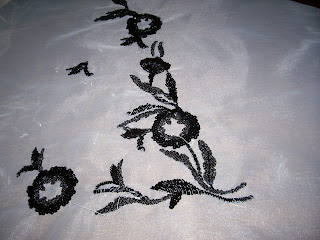 Here are some pics of one of my early designs. I’m lucky I still have it; I was still practicing and playing with different beads and sequins.
I took a pic of the back, to give you an idea of how it looks. 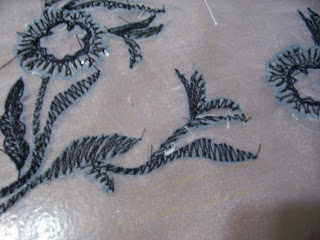 When you are working on a frame with tambour embroidery, most of the work is done on the wrong side of the fabric; this makes it and ideal method for working on velvets and other fabrics with a difficult surface 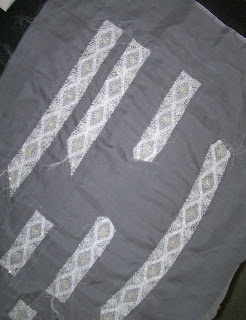 This is a beaded work done for sample dress I made in NYC. The dress was part of the “Empire dress” collection; the ribbon was beaded, not in velvet as the E.D. It was made out of silk organza with the “white on white” beaded work and the bow were in the front, not the back as on the Empire Dress. 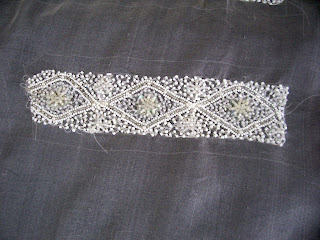 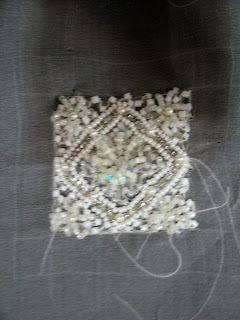 
Testing the design and bead 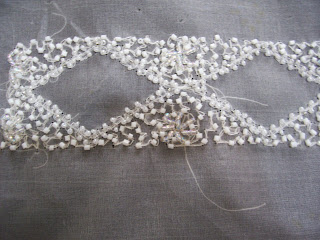 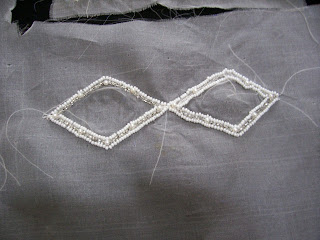 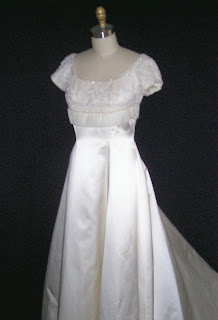 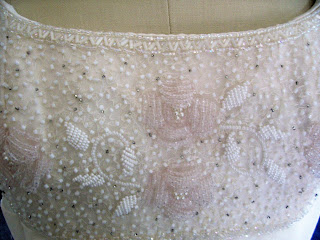 Today it is easier for anyone with a computer and the internet to learn or get ideas of how Tambour beading is done.

On my research I found these videos and blog that show in details how the tambour embroidery is done.
embroideryaddict
This is a great blog. Virginie shows lots a beautiful work and how to’s

How stunning! I would love to try this, thank you for the inspiration.

I have to say I am just awed at the work and detail that goes into such beautiful work.